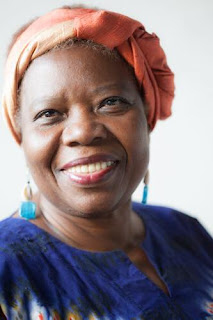 Cheryl Boyce-Taylor is the recipient of the 2015 Barnes and Noble Writers For Writers Award, and founder/ curator of Calypso Muse and the Glitter Pomegranate Performance Series. Cheryl earned an MFA in Poetry from Stonecoast: The University of Southern Maine, and an MSW from Fordham University. She has three collections of poetry: Raw Air, Night When Moon Follows, and Convincing the Body. A poetry judge for The New York Foundation for the Arts, and The Astraea Foundation, she has facilitated poetry workshops for Cave Canem, Poets & Writers, Poets House, and The Caribbean Literary and Cultural Center. Her poetry has been commissioned by Jacob's Pillow, The Joyce Theater, and the National Endowment for the Arts for Ronald K. Brown: Evidence, A Dance Company. A VONA fellow, her work has been published in Callaloo, Aloud: Voices from the Nuyorican Poets Cafe, Pluck!, Killings Journal of Arts & Letters, Adrienne, and Prairie Schooner. Her fourth and most recent collection, Arrival, was published by Northwestern University Press in 2017 and is a finalist for the 2018 Paterson Poetry Prize. Visit Cheryl's website: CherylBoyceTaylor.net. 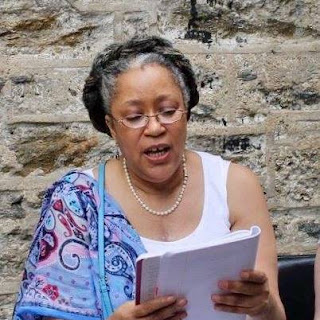 Angela Lockhart Aronoff began writing at the age of eight. She has two Master’s degrees from NYU. The first MA for Educational Theatre resulted in her founding Living Lessons Inc. with her late husband Kenneth Aronoff. Her second MA for Rehabilitation Counseling for individuals recovering from addiction and mental health challenges. She has led creative writing workshops for the Brooklyn Women’s Chorus, the World Fellowship Center, and the New York Writer’s Coalition. She is a member of Cave Camem and Brooklyn Poets Workshops, and Writer’s in Bloom Poetry Salon. Angela’s poetry has been published in two anthologies Into the Web and What if Writing is Dreaming Together, and a chapbook What is it You Think You See. She’s working on a poetry manuscript (seven years in the making) that explores her family’s worldview and ancestry from four continents. 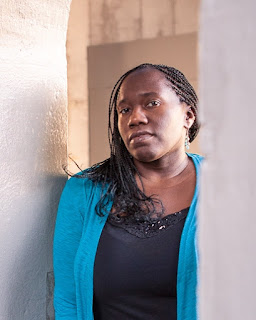 Cynthia Manick is the author of Blue Hallelujahs (Black Lawrence Press, 2016). A poet and storyteller with a MFA in Creative Writing from the New School; she has received fellowships from Cave Canem, Hedgebrook, Poets House, and the MacDowell Colony among others. A winner of the 2016 Lascaux Prize in Collected Poetry and a 2017 Barbara Memorial Fund Award for Poetry, her work has appeared in the Academy of American Poets' Poem-A-Day Series, Bone Bouquet, Callaloo, Kweli Journal, Muzzle Magazine, The Los Angeles Book Review, The Wall Street Journal, and elsewhere. She currently resides in Brooklyn, New York. 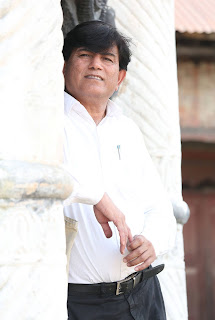 Posted by Brown-stone Poets at 9:24 PM