4 or 5 to Borough Hall
For more directions: 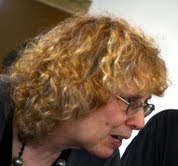 Patricia Eakins is the author of The Hungry Girls and Other Stories and The Marvelous Adventures of Pierre Baptiste, which won the NYU Press Prize for Fiction and the Capricorn Fiction Award of the Writer’s Voice. Her work has appeared in The Iowa Review, Parnassus, Conjunctions, Fiction International, BigCityLit.com and The Paris Review, which awarded her the Aga Khan Prize. The French translation of The Hungry Girls (by Françoise Palleau-Papin) was recently published by the University of Grenoble Press. Eakins is the judge for the 2013 PEN – New England Fiction Prize and curates Outloud/Uptown, a reading series in northern Manhattan. 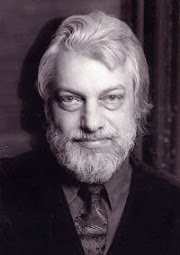 Nicholas Johnson is co-founder and editor of Big City Lit, an online literary
magazine (BigCityLit.com). His degrees include a BA from UConn, an MFA in poetry from Brooklyn College, and an ABD from the Catholic University of America. He taught creative writing for many years at the Payne Whitney Clinic and The Lighthouse in New York City. Nick Johnson's poems have appeared in numerous journals, including Pivot, Rattapallax, The Journal, APR, The Same, Orbis (UK), Poetrybay, The Ledge, Shenandoah and the anthologies Pomegranate Seeds and Chance of a Ghost. His chapbook, Degrees of Freedom, is available from Bright Hill Press. 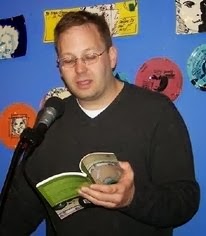 In 2003, Chad Parenteau self-published his first chapbook, Self-Portrait In Fire (based on his MFA thesis) and won a Cambridge Poetry Award. He appears in numerous print and online publications, including anthologies such as French Connections: A Gathering of Franco-American Poets. He published his third chapbook, Discarded: Poems for My Apartments (Červená Barva Press, 2008). His first full-length collection, Patron Emeritus, was released in June 2013 from FootHills Publishing.  Chad currently hosts and organizes Stone Soup Poetry, one of the longest-running weekly poetry venues in Massachusetts.  Chad creates and edits its online tribute journal, Spoonful, and releases a limited series of print chapbooks currently available through the venue.