Brownstone Poets presents Alan Braverman and Anthony Vigorito on Tuesday, April 16 at 7 p.m. at Café Dada.  Enjoy the Old World ambiance in Park Slope that’s near several subways.  Feast on French-Hungarian cuisine and delectable pastries.  Relax with some wine or beer, a cup of coffee or tea while listening to great poetry. There’s an open mic as well. Poetry does grow in Park Slope, Brooklyn. 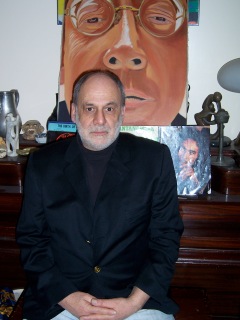 Alan Braverman, Brooklyn poet, painter, and  retired NYC schoolteacher, began writing poetry at a Kansas Christian College. Escaping the draft, this college became his sanctuary (although he is Jewish). He wrote controversial poems that were published in the school newspaper until they were censured. After college, Alan stopped writing. Five years ago, he attended an open mic at the Park Slope Barnes and Noble. Ken Siegelman, Brooklyn's Poet Laureate, hosted the readings. He inspired Alan to write again. He has been featured at three venues, and has illustrated a book of poems, by Anthony Vigorito (who is the current MC at the Barnes and Noble reading). 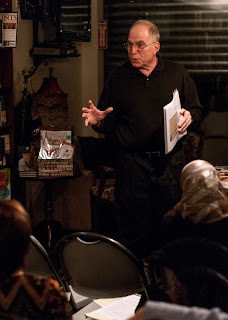 Brooklyn poet Anthony Vigorito was mentored by Ken Siegelman and has authored three chapbooks, Pier 48 South Brooklyn, Clefs & Palettes, and 17 West.  He is the host of Ken Siegelman’s Poetry Outreach at the Park Slope Barnes and Noble and Tom Kane’s Boulevard Bards at Boulevard Books Café in Dyker Heights, Brooklyn.