The Park Plaza Restaurant is ready for The Brownstone Poets and . . .

Leslie Prosterman and Nathan A. Versace 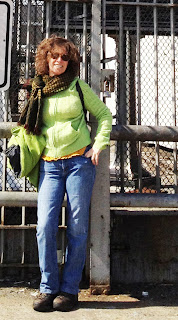 Leslie Prosterman has recently published her first poetry book, Snapshots and Dances, with Garden District Press (New Orleans, 2011).  Her poetry has appeared in several collections and publications, including The Folklore Muse (Utah State University Press) and First Literary Review-East, and will be published in From Somewhere to Nowhere: The End of the American Dream (forthcoming, Spring 2013).  She has been a featured reader/performer at the Hudson Valley Center for Contemporary Art, West Tisbury Library, at the George Mason University Fall for the Book Festival, and at Nora Laudani’s Vaudeville Nights in Vineyard Haven.  In December the Erika Thimey Dance and Theater Company will present a dance concert created around Snapshots and Dances, at which Prosterman will also perform and read.  A cultural activist in the conservation of grassroots culture and civil society, she is also a sometime student of trapeze. It is probably also evident that in a former life she was an academic, but that will pass. 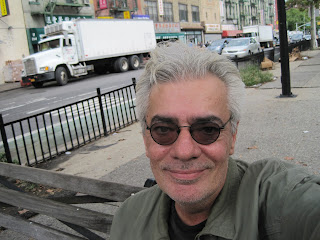 Nathan A. Versace was born in Rochester, New York and spent his childhood surrounded by cows. In his Senior Year in high school, he ran a campaign of distortion and lies and won as Student Senate Chairman. He attended SUNY Geneseo where he was Editor of the school literary journal, The Experimentalist, a publication that he dedicated to avoiding the truth at all cost. His first published poem was about a large breasted woman in Volition based in San Francisco in 1984. His poetry and prose has since been published in about 50 publications nationwide including New York Press and New York Newsday. Wrote a column for Downtown/The Aquarian on East Village life called The Downtown Diaries from 1994-1997. While driving a cab in 1992, he met Norman Mailer who later granted him an interview a few months before his death. He is currently an employee of The Brooklyn Eagle where he contributes words, photography, and advertising dollars.  He has an easy life, can afford to take the subway at will.

Posted by Brown-stone Poets at 1:06 PM