Patricia Carragon and Zork have Tea on Sunday, January 22

$5 admission gives you tea or coffee 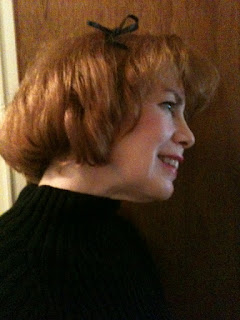 Patricia Carragon is a New York City writer and poet. Her publications include Best Poem, BigCityLit, CLWN WR, Chantarelle’s Notebook, Clockwise Cat, Danse Macabre, Ditch Poetry, Inertia, Lips, MÖBIUS, The Poetry Magazine, Marymark Press, Maintenant, Mad Hatters’ Review, The Mom Egg, The Toronto Quarterly, and more. She is the author of Journey to the Center of My Mind (Rogue Scholars Press). She is a member of Brevitas, a group dedicated to short poems.  She hosts and curates the Brooklyn-based Brownstone Poets and is the editor of the annual anthology. Her most recent book is Urban Haiku and More (Fierce Grace Press, 2010). For more information, please check out her Web sites at http://brownstonepoets.blogspot.com and at http://patriciacarragon8.wordpress.com/. 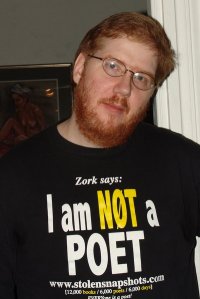 Eric ZORK Alan, a 6x National Slam Poet competitor, is probably best known for standing on chairs.  He is also known for gratuitously dropping names . . . like that he is the only poet ever to have his book [appropriately called “I am NOT a poet”] blurbed by Davy Jones, Dobie Gray & Wild Cherry.   Zork has featured at the hottest poetry venues in America including Chicago’s legendary Green Mill where slam started.  He has toured across America visiting High Schools and colleges in his mission  make more poets.  He performs at and hosts ZorkSlams [student based events] at Barnes & Noble Bookstores Nationwide. He hosts Westchester County, NY's largest poetry slam.