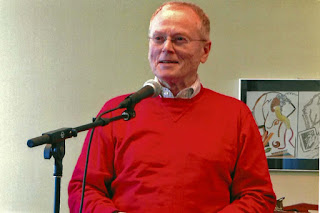 George Held, a five-time Pushcart Prize nominee, publishes his poems, stories, translations, and book reviews in such places as Commonweal, Confrontation, Notre Dame Review, and on Garrison Keillor’s The Writer’s Almanac. His poems are included in over two-dozen anthologies, and his fourteenth collection is After Shakespeare: Selected Sonnets (Červená Barva Press, 2011). 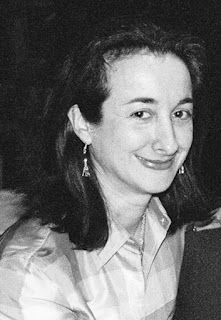 Claudia Serea is a Romanian-born poet who immigrated to the U.S. in 1995. Her poems and translations have appeared in 5 a.m., Meridian, Mudfish, Harpur Palate, Exquisite Corpse, Word Riot, Blood Orange Review, Zoland Poetry, Cutthroat, Green Mountains Review, The Red Wheelbarrow, and many others. She is the author of two poetry collections: Eternity’s Orthography (Finishing Line Press, 2007) and To Part Is to Die a Little, forthcoming from Červená Barva Press. She co-edited and co-translated The Vanishing Point That Whistles, an Anthology of Contemporary Romanian Poetry (Talisman Publishing, 2011). She lives in New Jersey and works in New York for a major publishing company.

Posted by Brown-stone Poets at 8:39 AM