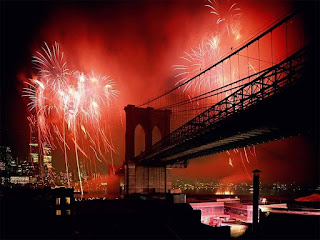 
Matthew Anish is a widely published poet/writer. He has published verse in Dinner with the Muse, Aim, Beyond Bree, Minas Tirith Evening Star, Jews in Space and in many other publications. He is a graduate of Brooklyn College and has studied writing and ESL at the New School University. He currently works at BMCC as an ESL instructor and writes a monthly column for Barrs Postcard News. He wishes the best to everyone here today.
Kathryn Marie Fazio, whose work has been published internationally, is a poet and fine artist. She was awarded the Ferrara Scholarship from the Performing and Creative Arts Department of the College of Staten Island CUNY, and named its Poet Laureate. Her book, A Taste of Hybrid Vigor: new poems of War, Passion, and Social Significance, contains poems and pictures of her original oil paintings and her poem "War" in the collection, won her the First Ed-Rehberg Prize for poetry, which was translated into French and televised in Haiti by the Education Committee of the Brooklyn Chamber of Commerce.

Fazio participated in a FUSE event to raise money for the aftermath of Katrina, was a poet for telethon to support public television in Kingston, NY. and has recited on the Brooklyn Waterfront in Red Hook for Creative Arts Therapy Outreach and Awareness. Fazio was coined a Bowery Woman, appearing in the only Bowery Women Anthology ever published.
Fazio credits her close relationship with Robert Dunn for encouraging her to participate in the 5th World Congress of Poets for Poetry Research and Recitation where she represented the U.S., and was awarded the Silla Gold Crown World Peace Literature Prize from Korea. Fazio edited a collection of poems Our World in an Onion and is currently a poet at a Wellness Center in Sunset Park, Brooklyn.

Posted by Brown-stone Poets at 3:31 PM