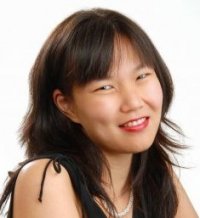 Tina Chan is a prolific poet whose writing style is a poetic puzzle for readers to determine the definitive underwriting.  She has an abiding passion for writing ablaze:  be it poetry or be it Yelp reviews with wittiness based on personal experiences.  She believes life’s juicy sweetness is to eschew the negativity for a motivator as an inspiration outlet in her writing.  With her writing, she is able to achieve closure to her life’s difficulties as the author of one’s own story.
Tina made her poetry debut in early 2009 and has been fortunate to be selected as a feature performer at various open-mikes.  She recites with sprightly liveliness energy to ignite flames. 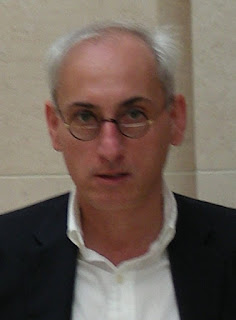 Gregory Vincent St. Thomasino was born in Greenwich Village, New York, and was raised in both the city and in the country across the Hudson River in New Jersey.  He was educated at home, eventually to enter Fordham University where he received a degree in philosophy.  In 2009 he received the Distinguished Scholar Award from the Doctor of Arts in Leadership program at Franklin Pierce University in New Hampshire.  His e-chaps include The Logoclasody Manifesto (2008), Six Comets Are Coming (2009) and The Galloping Man (2010).  In his spare time he writes at his blog, The Postmodern Romantic, and edits the online poetry journal, Eratio.

Jacob Victorine is a poet and performance artist born and bred on the Upper West Side of Manhattan. A 2009 graduate of Brooklyn College, he has won awards for both his poetry and literary criticism. Jacob has featured or spotlighted at venues throughout New York and New Jersey such as the Cornelia Street Café and the Nuyorican Poets’ Café, where he competed in the 2009 runoffs for their National Slam Team. He was a 2010 Intangible Grand Slam finalist and is a member of the 2011 Jersey City National Slam Team. His work appearsin the Uphook Press anthology, Hell Strung and Crooked and is forthcoming in the newest Uphook Anthology, Gape Seed. Find him at www.jacobvictorine.com .
Posted by Brown-stone Poets at 5:27 PM